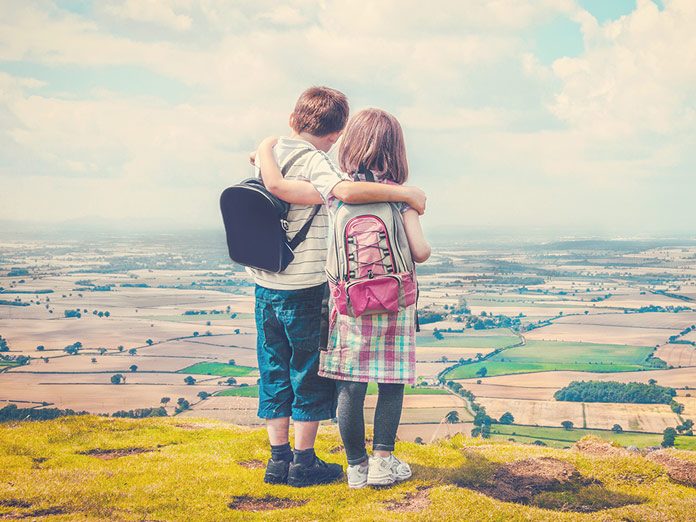 No one in real life would take dating advice from kids seriously.

I mean, what do they know about dating? Do they even understand it?

Sure, maybe they’ve seen their parents “dating” but are they really able to have a clear grasp of the concept?

You’d be surprised to hear what they have to say.

The internet is crawling with juicy and interesting topics. Dating advice from kids is nothing too rare to be found. Canoodle Content is a Youtube channel that interacts with kids asking them what they think about adult problems.

Check out what these kids have to say about dating.

Practice makes perfect, and you should never hold back these kids say. The worst that could happen is you get rejected. If you do, move on to the next person who attracts you.

Easier said than done kids, but what you say is true – a simple logic behind it.

Dinners are more romantic. Drinks are shorter which means less room for error! I love that! I should compile dating advice from kids and write a book and make millions!

Why not do them both? Have a drink during dinner. But, I kind of agree with what one of the girls said, dinner gives the girl something to look forward to when she’s sure you like her and vice versa. It makes you think you got this in the bag! :D

I’m sure you’ve had pretty awkward first dates. What did you do? Dinner? Drink? Both?

I thought only women have problems figuring out what to wear for a date. Apparently, guys think of it too. Just not as overthought as girls.

No sweatpants. No tie-dyed shirts. No shirts with rib sauce.

Yes to suit and tie, casual clothing, hats, sunglasses and a Gucci something.

Dating advice from kids on what to wear – wear your life. I don’t really know what he meant but man, that was deep.

Pay until she says she won’t break up with you ever and then stop paying. Hahaha! Priceless!

Now this is actually a sensitive subject for me. The first guy I dated never paid for a single bill. I know, pathetic of me for sticking it out, but I had my reasons. I was bought into his sob story of his parents being in the midst of a divorce and his dad not giving them money anymore. What can I do? I have a heart.

It did make me feel stronger as a woman because I can provide for my guy but it didn’t do good to our relationship. I’ll leave it up to your imagination to make up a conclusion of the relationship.

Since then, I’ve struggled to let a man pay for me. I always insist on splitting the bill. But, if he won’t let me, I make up a deal that I get the check the next time.

What do you think? Yay or nay to splitting the bill? :)

I’ve had male friends ask me how long they should wait before they call a girl either after getting her number or after a first date.

I’ve always said the following day is safe – not too soon and not too late. It doesn’t freak them out as it would if you text them as soon as you part ways but also won’t keep them anxious wondering if you’re really into them.

These kids have different opinions but there is no harm in communicating the following day. At least, I prefer it that way. A simple “Had fun tonight. Can’t wait to do it again soon.” text is good enough to put a smile on my face and it would if the guy was nice.

One thing I know most of you, women, would agree to – it’s not about how soon a guy texts that breaks the deal. It’s about how they behaved during the interaction.

Wow, listen to the kid who had 4 girlfriends when he was 7. He knows what he’s doing -even though one only lasted for 8 minutes. But, he said not to ask so we won’t.

Text or call? That has always been a dilemma for many men, even women actually. How do you get a feedback from your date without sounding that you’re asking just that?

Will a simple “Did you have fun tonight?” do? Pretty sure rehashing the entire night and breaking it apart hour by hour over a conversation would be a bad idea especially if it was a flop.

Love the advice about making up an excuse of just reading the text when you’re actually just figuring out what to reply for the past hour. These kids make sense.

Yes, a career is important! Just because you’re getting married doesn’t mean you have to stop being a career woman. This kid certainly has her priorities. She’s hilarious.

A job and a husband are possible.

The future will not be certain when you start dating but one thing is for sure, it won’t be all roses and daisies. These kids won’t be able to give you much advice on that! 😉

I don’t know about you but I think these kids are pretty smart.

They call it as it is and they tell you in the simplest way possible even their fellow kids would understand.

Dating is actually a lot simpler than adults make it out to be. The only thing complicating the entire ordeal is the emotional attachment.

Kids do not have that as deep as we do for now which makes it easier for them to say these things but sometimes, that’s actually all we need. We need to be reminded that it doesn’t have to be complicated.

Dating should be fun like child’s play only more intense if you get what I mean.

Did you enjoy this dating advice from kids piece? Let us know in a comment below!