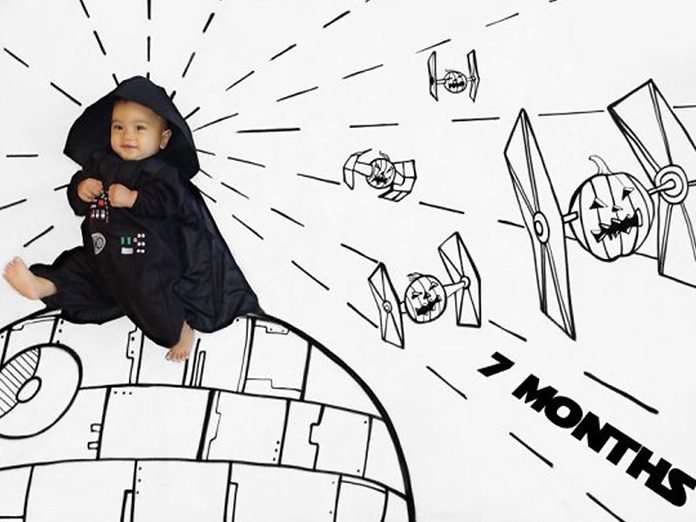 o, Disney has been around for decades and most people would think only kids would be Disney fanatics. You got that wrong. There are millions of parents, especially young parents, who fell in love with the magical world of animated films when they were growing up and still are quite hung over to this day.

Take for example parents, Anthony and Richel. They grew up loving Disney films, and I guess it stuck to them until they became parents.

What makes me think so?

Their photographer/illustrator wrote an article for BoredPanda to share the new parents one year plan for their first born’s month by month photo documentation.

“Richel is a huge fan of Winnie the Pooh while Anthony dreamed of being Peter Pan as a young kid.”

Meeting the couple back in 2011 and doing their wedding’s photo coverage, he quickly jumped on board when their plans unfolded and boy are we all digging it.

How cool is this?

According to the couple’s photographer, since they were living so far apart, Anthony was in charge of taking photos, Richel was in charge of costumes (she even makes them by hand if she can’t find one to rent) and they send the shots to him for illustration.

What a team! They definitely could make a business out of this. After Cassius’ birthday, Artistique Imagery released the photos to the public for inspiration and just bragging rights for such a magical work!