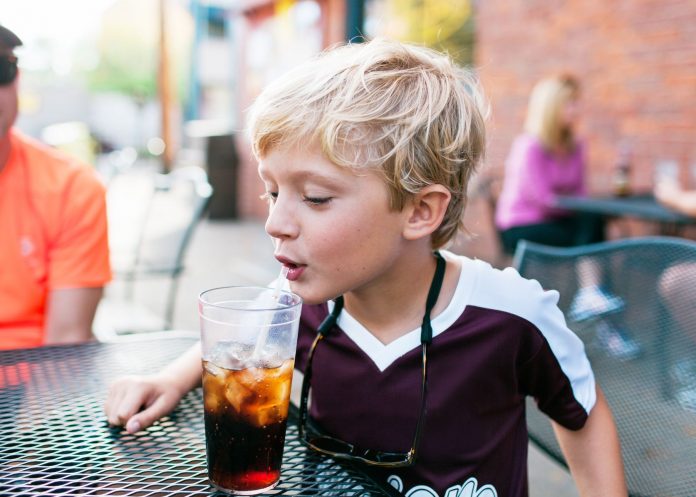 Caffeine is a stimulant drug. It’s legal, and we just love it. We also know that this brew that wakes us up in the morning and keeps us going in the afternoon isn’t for children. But that doesn’t stop our kids from getting their caffeine fix.

Why? That’s because caffeine is everywhere!

It shocked me to find that majority of kids are nearly overdosing on this substance. Also, most parents are clueless on where their children are getting their daily caffeine fix.

Caffeine is hiding in plain sight inside your kid’s daily snacks.

It also took me by surprise to find out that I am unknowingly giving my kids caffeine-laced food all these years. Don’t blame me though.

My kids are picky eaters, and it is these caffeine-containing snacks that they usually pick. Caffeine is present in our children’s daily food and drinks, among them:

5 Reasons Why Caffeine is Bad for your Kids

Caffeine, the sound is enough to perk me up. But it turns out that the same substance that keeps us focused and sane can make kids distracted, jittery and hyper.

There are lots of things that are strictly for older teens and adults, like driving and drinking alcohol. Taking drinks laced with caffeine must be included on that list. There aren’t enough studies to prove how caffeine affects kids’ health in the long run.

But it doesn’t take a rocket scientist to put two and two together. As a parent, I have seen caffeine’s subtle yet noticeable effects on my kids. And it turned out that most doctors and parents are on the same page. Here are the stealth effects of caffeine on our children.

This one is obvious. As adults, we know the drill.

We drink coffee or because we feel sleepy, which in turn will keep us awake, tossing and turning at night. Because we didn’t have enough quality sleep the night before, we’ll consume more coffee the next day.

Kids are no different, but lack of sleep affects their young brains and immature bodies’ big time.

Caffeine-induced jitters, paranoia, and anxiety is real. Kids are more sensitive to the effects of caffeine.

It turned out that caffeine just magnifies whatever emotions kids have inside. An anxious child will be more anxious after the high of caffeine is over. Caffeine increases your child’s jitters, making him unproductively hyper. Sustained high caffeine intake, lack of sleep and stress can exacerbate your teen’s mental health symptoms such as paranoia and aggressiveness. It just shows that our kids are more sensitive to caffeine’s effects, partly because they have yet to build up some resistance to caffeine’s effects.

If you are like me, we adults drink more coffee whenever we have a deadline to beat. Caffeine can keep us on our toes all night, but it will also drain us the day after. Sleep debt is real, and it’s the same for kids as for adults.

Coffee and energy drinks might aid for a night of exam cramming, but it will make your kid sleepy the next day. Children and teens need sustained concentration at school. Academics is not a one-time sprint but a decade-long marathon.

If you want your kids to have sustained energy, don’t give them caffeine; instead put them to sleep early.

There’s a reason why you can find caffeine as an ingredient in most diet pills. Half of kids’ growth happens before they hit their teens, then half at teenage.

It is during this crucial time that kids must eat and caffeine suppresses one’s appetite. Kids are not supposed to go “on a diet” during these times; they must eat to grow.

Coffee and energy drinks are likewise not advised for breastfeeding mothers because it can affect baby’s sleep patterns.

We adults know that caffeine can pump us up in no time.

The same holds true for our kids, but their hearts are still developing, and caffeine certainly disturbs that. Caffeine is worrisome for children because even just half a can of soda can shoot up your child’s heartbeat and blood pressure.

Drinking latte, vitamin water, energy drink or soda can also dehydrate your These drinks are all diuretics. Your kid will lose more water as he drinks more soda. Being dehydrated, your kid’s heart will beat faster; he will likewise feel jittery, distracted, anxious and sleepy.

Caffeine and Kids: The Vicious Cycle

If your child is always sleepy, chances are he haven’t slept enough the night before. You should keep a close watch of your child at night.

Kids and teens need longer sleep times as compared to adults. For kids, no amount of caffeine can ever compensate for the lack of quality sleep.