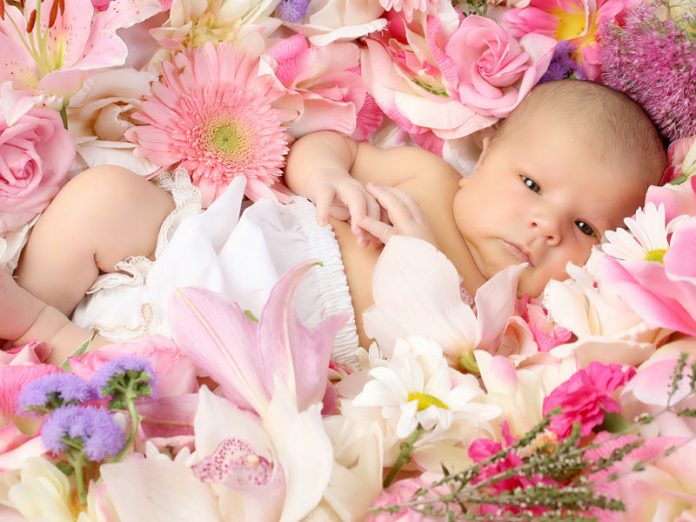 Diapers are a dirty business.

They’re a pain to change, a hassle to wash (if you’re using cloth diapers), cost a lot and is most of the time a crying battle with your infant.

But let’s admit that we are thankful to the genius who invented diapers which made a smelly mess easier to contain.

We know the basics of what a diaper is used for.

We are aware how to change them, how to dispose properly of them and when they are full.

These things are 101s when it comes to parenting, but there are other uses and fun facts that most people don’t know.

You might be thinking you don’t care to learn fun facts about and other uses for them as long as they do their job but trust me if they’re not educational, they’re unusually and weirdly fascinating.

1. Who the heck invented diapers?

Nobody knows who the genius behind this brilliant idea is but studies show that a mother in World War II-era innovated the diaper design because of a shortage of cotton which was used as covering for infants.

Marion Donovan created the first practical disposable diaper in 1950 by using shower curtains for plastic covering and layers of tissue as the inner absorbent material. Of course, today they are much more eco-friendlier. There are organic diapers, entirely produced by natural products.

I’d say thank you to Mrs. Donovan over and over if she were still alive.

I can’t imagine parenting life right now if it wasn’t for her.

You may know this to an extent, and you’re probably set on the fact that every baby maintenance item costs money.

You’re right, they do.

But, most parents would look at how much monthly checkups costs or baby formula prices but if you sum up your diaper cost, you’d average at about $750 per year per child.

If you’re on a diaper service, you’re averaging at $1200 per year per child.

There is a way to cut back on your diaper costs.

If you’re at home, use cloth diapers, and just wash them.

Cloth diapers would average you at about $225 per year per child. If you’re going out or traveling, that’s the time to use disposable diapers.

Now, I’m sure the majority of diaper users either do not know about this or knows about this but chooses not to follow.

Diaper packages advice that fecal wastes in the diaper should be flushed down the toilet before disposing of the diaper.

Most of us roll it up and dump it in the trash.

Only 0.5% of all the waste from disposable diapers goes into the sewage system whereas over 92% ends up in a landfill.

Talk about hurting the environment. It may take extra effort to scrape off the smelly icky stuff, but you’re already touching it anyway. Why not go the extra mile?

No one has ever lived long enough to observe how long it takes for a disposable diaper to decompose completely.

Researchers estimated its life span based on the material it’s made from to be about 250-500 years.

5. Diapers can grow your plants!

Honestly, I was surprised by this as well but after watching this video from the King of Random, Grant Thompson, I have been turned into a believer.

6. They use a ton of natural resources!

Since the majority of diaper users do not dispose of the fecal waste in the toilet, disposable diapers are the third largest consumer in landfills and represents 4% of solid waste as a single item.

In fact, 50% of household wastes is made up of disposable diapers.

Regarding our natural resources, production of disposable diapers yearly costs us over 300 pounds of wood, 20 pounds of chlorine and 50 pounds petroleum.

I don’t know about you, but that’s a lot of natural resources!

Thank heavens our mother earth is generous, but we should do our part in preserving her.

Since diapers are super absorbent, they are perfect for temporarily stopping leaks while you’re getting that leak fixed or buying the materials you need to patch it up.

Also, people discovered that it’s perfect for flood water seeping into your home from under your doors.

It may be a bit of hard work though since you have to get the sodium polyacrylate from the diaper into sand bags.

It’s the stuff that soaks up liquid and it will expand as it traps the liquid inside.

It’s wise to get a head start and keep your inflatable flood stoppers handy when the need comes.

Dribbling a cup of alcohol into the diaper, soaking it in water and freezing the diaper creates the ultimate ice pack you can use over and over again.

Just make sure you don’t forget to bag it up!

Put it back in the freezer once it’s no longer cold enough and it’ll be good as new.

9. It can be used for other unusual things

Did you drop your favorite book in a puddle or maybe spilled some juice on it?

Get a diaper. Spread it out flat and lay it in between the middle pages of your book.

Put it in front of a fan or lay it out in the sun.

The gels in the diaper will soak up the moisture from the pages soon. And your book is alive again!!

Oh, ranchers also use diapers as an inexpensive breathable bandage on their horses suffering from hoof infection or abscesses.

They use over the counter hoof poultice or a mixture of wheat bran and Epsom salts wrapped around the hoof by a diaper.

Are you as mind-blown as I am?

I have not touched a diaper in years but after learning about all these, I’ll be sure to keep a stock handy around the house!

You may never know when a leak might plague my days, or maybe I’ll get to grow a plant now!