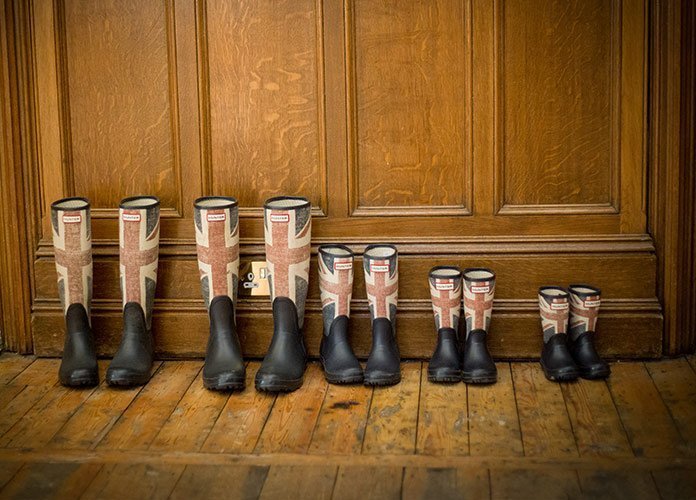 In your eyes, maybe your family is pretty much normal to you already but, from an outsider’s point of view, your family might seem a tad weird.

Truth be told, there are more many peculiar families outside of yours and mine. They are peculiar not in the sense of how they behave but of the setting, origin or standing. To say the least, such families are unconventional.

If you think your family is weird because of certain traditions you live by, well, you’re in for one heck of a surprise.

Meet the world’s most unconventional families!

Carol Einhorn is a busy professional in the bustling city of New York. Reaching her prime age to bear children, she remained single much like many career-led women. She was unmarried and wanting to have a child of her own. Fortunately, she had a friend who was more than willing to help her.

George Russel, a chiropractor and a very good friend of Carol, went on board her plan and was willing to donate his sperm. Many women in their late years opt for this kind of set-up to bear a child of their own with no emotional attachment to the donor or biological father.

What makes this family unconventional? George is happily living in with his partner, David.

Though George does not feel any paternal attachment to Griffin, Griffin knows him as his dad. While George spends most of his time in his own apartment with his partner, George spends four nights a week with Griffin and his friend in Carol’s apartment.

On Sundays, the four of them spend the day together. Once Griffin is tucked in bed, Carol, George, and David share the gift of good company over dinner and drinks at home. Carol wants Griffin to have a friendly relationship with his dad regardless of how unconventional their family set up is.

Ari Weisbard lives a rather non-controversial life with his then fiance now wife, Rebecca. When they first started their current and now permanent living situation, they were only in the first stage of starting their life together and creating a family of their own.

Their set up as living in together before marriage is a rather normal setup in western countries. The interesting part? They live with two other friends who are also a couple. Both couples have already wed and have legalized their arrangement of co-existing with each other under one roof permanently. Quite unconventional, yeah? Newly married couples would usually want a house of their own where they can start a family.

Ari and Rebecca found living like a nuclear family rather lonely and ironically claustrophobic. Thus, the two couples bought a house to share and have agreed on legal contingencies such as moving out, breaking up or in the case of death. The legalities have been covered seeing as two of the four are lawyers.

They’ve also agreed on spending and housework delegations making the arrangement even easier than they could imagine. Not quite a topper when it comes to unconventional families but fairly unusual.

Looking at the photo above, you wouldn’t think anything else of the family in it except how normally happy they look. You might have heard of or seen them on the news but in case you have not, meet the Bowsers.

What makes them unconventional? Go on, take a wild guess.

With the LGBT community strongly supporting coming out of the closet and living life the way a person wants, Nick and Bianca thrived to achieve the family of their dreams. Nick got her breasts removed and is regularly taking testosterone to enhance and maintain her manly features. On the other hand, Bianca underwent breast augmentation and laser hair removal treatments but did not need to take hormone pills since he already sounded very female.

They met in a bar in 2009 and fell in love. Both decided to keep their original private parts when they realized they wanted to have kids the “normal” way, so Nick carried their two sons. They’ve put off any sex-change operations until they can afford it all together while being able to fully provide for their kids. Both individuals are not ashamed to tell people about their family because what binds them is love and commitment.

There are plenty of unconventional families in the world but by far, their family is on my top 5. Agree or disagree?

Seems like such a normal family, eh? Meet Nekky Jamal and his wives Sarah and Catherine. Nekky is legally married to Sarah with whom he has two daughters with. Catherine, later on, moved in with them to help care for their girls. All involved parties are on board the agreement, though.

Nekky and Sarah both work full-time, leaving the house and the kids to Catherine. Catherine is a full-time stay at home mom who has her own blog site. Sarah and Catherine both have different rooms and Nekky moves between them regularly. Talk about living the life, eh Nekky? 😉

Catherine has since given birth to her son but is open to Sarah parenting her son as well. Nekky, Sarah, and Catherine are very open to their kids about how their arrangement works. The kids understand that they have two mommies and a daddy.

Not common in other countries, polyamorous families are permitted in some cultures. According to Nekky,  “We’re not trying to promote a particular lifestyle. We’re just adults who made a grown-up decision to raise our family a different way.”

Surely, there are more unconventional families around the world but adding the polyamory to the mix makes them even more unusual.

‘James and Maura’ is a story of unconventional families that is meant to stay unknown. Those are not even their real names and no one outside of their trusted families know where they are now. But, theirs is a story worth telling and heartbreakingly shocking.

James met Maura in a bar where none of them grew up in which is pretty typical for many couples. They fall in love, move in together and have a child before marriage. James’ relationship with his mom was strained, and as he was trying to patch things up with her, he told her about marrying Maura and her family. Little did he know, he was in for the surprise of his life. It turns out, Maura is his sister.

Twenty plus years ago from the year, their story came out, James’ mom met a guy named Tom. They were together for a total of 5 weeks and James’ mom, ‘Carmen’, was pregnant. The couple went their separate ways and built their own families. Technically, James and Maura did not know they were siblings until before they were to be wedded.

Both were equally shocked but, none of them wanted to spend their lives apart from each other. For fear of them being legally charged for their incestuous relationship, James and Maura moved to a place where no one knows them and their story. It has been reported that they are living a peaceful life with their kids.

Introducing, Kody Brown and his wives. Kody Brown, an advertisement salesperson, is the star of a reality TV show about polygamist families called Sister Wives. He has four wives with whom he has a total of 18 children.

Kody was legally married to his first wife, Meri, and had one daughter. Janelle and Christine then came into the picture, giving Kody six children each. After 16 years, Robyn was added to the mix with her three kids from a previous monogamous marriage (all are legally adopted by Kody) and later on gave Kody two more kids.

Kody is only legally married to two out of the four wives – Meri and then Robyn after their divorce. His marriage with Janelle and Christine are tagged as a “spiritual marriage”. Meri, Robyn, and Christine were all raised in polygamist families which made adjustments a lot easier, but Janelle needed a lot of support and acceptance from her family.

Personally, I thought I wouldn’t be this surprised about all this considering that I come from a Chinese background where the men are allowed to have a legal wife and as many concubines as he wants.

Boy, was I wrong! The multiple wives part I can handle. But all of them living under one roof? Now, that’s pretty hard to swallow. I can only imagine how awkward that must be.

Unconventional families are not to be considered abnormal per say. Yes, they are outside of the societal norm but, they are people too. Even if some might disagree with how they live, they still deserve the respect.

We might not see thing the way they see it but, they’re grown-ups who can make their own choices. It all boils down to respect – for yourself and for the opinion of others.

In all honesty, what they see is the norm and everyone else, including us, would be considered unconventional families in their eyes.

Got any thoughts on this subject? Hit us up with a comment below! 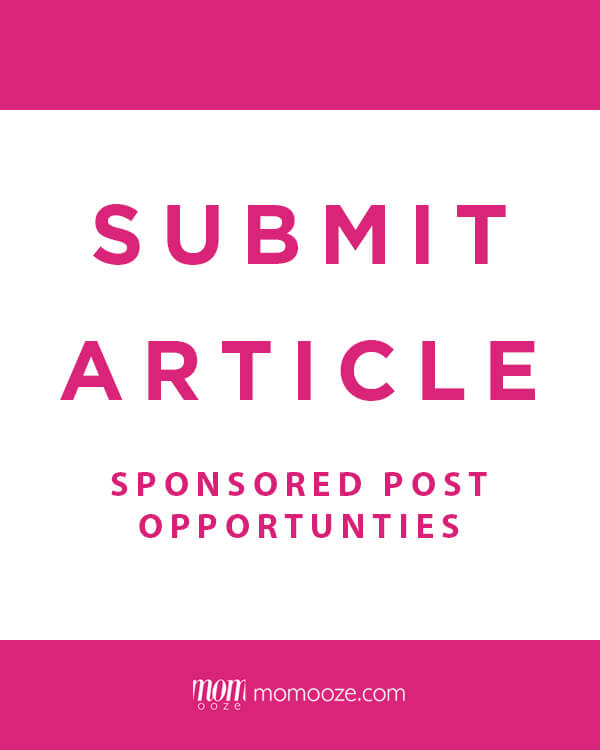 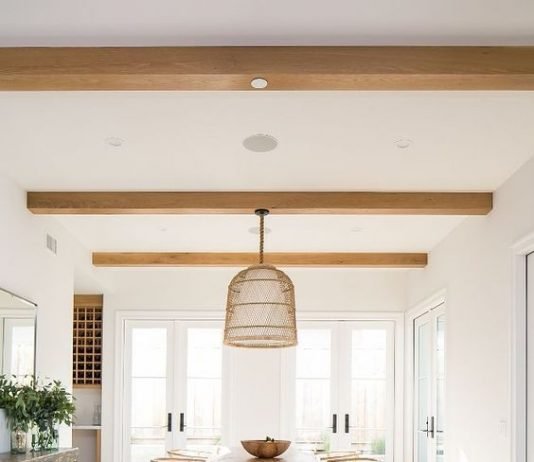 25+ Spectacular Easter Cakes that will Make the Easter Bunny Proud

How to Plan the Perfect Terrarium Party (the Best Ideas, DIY,...

Out of This World: 50+ Galaxy Themed Birthday Party Decorations &...