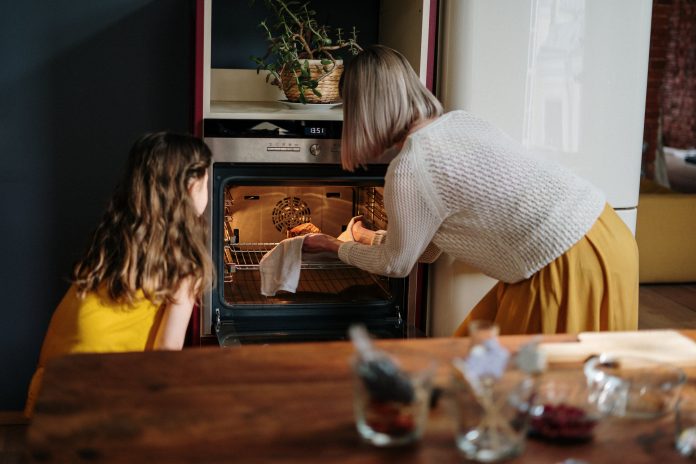 There are specific dishes that open the baking vs broiling discussion. There are chicken, beef, fish, and vegetables, which leave you in a quandary as to which is the better technique to use. To find the answer, one must know the difference between the two since taste is not the only consideration. Sometimes, there are scenarios where one method will display a clear advantage over the other.

Today, we’ll break down the differences between broiling and baking, so you’ll know which is better suited for a particular dish.

1Things To Know About Broiling vs. Baking

Here are some facts about these two cooking processes that help identify their similarities and differences:

Both Are Dry-Heat Methods

Both baking and broiling are methods that use dry heat, as opposed to moist heat, to cook food. The process of dry-heat cooking doesn’t involve the transference of water or water vapor through food.

Broiling Is Similar to Grilling

In terms of principle, broiling and grilling are similar. Apart from their heat source, which in broiling comes from above as opposed to below, they share similar elements like the charred appearance often seen in grilled food. A broiler kept on high can mimic this type of outcome.

Both Take Place in the Oven

Baking takes place in the oven to cook and harden food such as pastries, sweets, casserole mixes, and bread. Most baked goods go through a maximum temperature of 400 degrees Fahrenheit since above that figure would already result in roasting.

The oven is also where broiling happens but using different heating elements. Most ovens’ broiling heating elements are usually located at the top, while their baking heat sources are at the bottom. This results in a quicker, higher-temperature cooking process for broiling and a slower, longer baking process.

The Ideal Dishes for Each Method

Generally, baking favors larger and denser food items, while broiling suits dishes cut into smaller portions. That said, meal sizes should help you decide whether baking or broiling is better.

According to nutritionists, both baking and broiling are among the healthier cooking methods out there. Though that doesn’t mean anything broiled or baked is healthy, it would still depend on the number of calories, fat, vitamins, and fiber in them. However, you can be sure that these two don’t pile on nearly as many calories and fats when compared to other cooking processes.

When you bake food such as lean beef, chicken, fruits, and vegetables, you make them considerably healthier than they would have been if they have undergone other cooking techniques. For instance, baking doesn’t call for the extra oil or excessive breading required in deep frying.

Broiling and baking are the same in that they don’t require additional fat. One of the highlights of broiling is that it can remove fat from certain types of food, like red meat, making it a more suitable method for the health-conscious. It becomes even more effective when you use a broiling pan, which has parts specifically for separating the fat from the actual dish.

You can keep baked main dishes moist and flavorful by using a lidded pan. In the absence of this type of cookware, aluminum foil should allow you to get the job done. Add a little liquid at the pan’s bottom, so the dish gets cooked in your choice liquid’s steam. From wine and juice to stock and broth, there are different kinds of liquid to enhance your meal’s flavor.

3Health Concerns for Both

There are certain ingredients that, when broiled or baked, can pose health concerns for an individual. In particular, broiling meat can stimulate the release of carcinogens, which are harmful to the body. Thus, if you plan to cook red meat, it is recommended you go for a lower-heat cooking process.

If you’re determined to broil red meat, at least make sure it’s preheated on the microwave before placing it in the broiler. Then, once you’re done, remove the dish’s charred parts using kitchen shears or a kitchen knife.

4The Best Food Items To Broil

So, if red meat isn’t exactly the best food to broil, what is? Some of the most popular and healthy choices are:

Vegetables are also great for broiling since they retain most of their nutrients even after the process.

5Choose the Dry-Heat Method for Your Needs

Broiling and baking techniques make use of an oven’s dry heat. The former is better suited for cooking small portions of quick-cooking food, while the latter is ideal for partially solid or liquid food that require solidifying.

Both methods are relatively healthier than others since they don’t require any additional fat and involve minimal toxic formation. Though where broiling red meat is concerned, there might be health issues since the process could result in the formation of carcinogens.