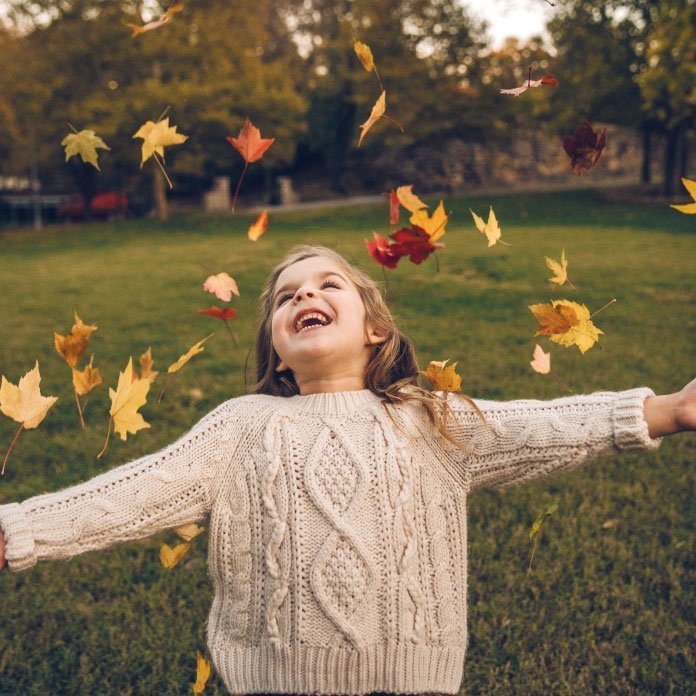 The fall season is magical, colorful, and playful.

Feel the aroma of cinnamon, caramel, and pumpkins. Reward yourself with tasty homemade apple pie and refreshing pumpkin late. Celebrate the fall season full of joy and expectation for a magical holiday season.

The season of the harvest when you can enjoy delicious fruits and vegetables, beautiful weather, and stunning nature displays.

Join us in celebrating one of the most wonderful seasons of the year with these beautiful fall quotes.

“I’m so glad I live in a world where there are Octobers.” – L. M. Montgomery

“It’s the first day of autumn! A time of hot chocolatey mornings, and toasty marshmallow evenings, and, best of all, leaping into leaves!”-Winnie the Pooh Pooh’s Grand Adventure

“Notice that autumn is more the season of the soul than of nature.”- Friedrich Nietzsche

“Autumn is a second spring when every leaf is a flower.”- Albert Camus

“Winter is an etching, spring a watercolor, summer an oil painting and autumn a mosaic of them all.” – Stanley Horowitz

“Anyone who thinks fallen leaves are dead has never watched them dancing on a windy day.” – Shira Tamir

“I would rather sit on a pumpkin, and have it all to myself than be crowded on a velvet cushion.” – Henry David Thoreau

“Love the trees until their leaves fall off, then encourage them to try again next year.”- Chad Sugg

“Every leaf speaks bliss to me, fluttering from the autumn tree.” – Emily Brontë

“Autumn is as joyful and sweet as an untimely end.”- Rémy de Gourmon

“There is a harmony in autumn, and a luster in its sky, which through the summer is not heard or seen as if it could not be, as if it had not been!” – Percy Shelley

“Autumn seemed to arrive suddenly that year. The morning of the first September was crisp and golden as an apple.”- J.K. Rowling

“It looked like the world was covered in a cobbler crust of brown sugar and cinnamon.” – Sarah Addison Allen

“Fall has always been my favorite season. The time when everything bursts with its last beauty, as if nature had been saving up all year for the grand finale.” – Lauren DeStefano

“Aprils have never meant much to me, autumns seem that season of beginning, spring.” – Truman Capote

“I hope I can be the autumn leaf, who looked at the sky and lived. And when it was time to leave, gracefully it knew life was a gift.”- Dodinsky

“October, baptize me with leaves! Swaddle me in corduroy and nurse me with split pea soup. October, tuck tiny candy bars in my pockets and carve my smile into a thousand pumpkins. O autumn! O teakettle! O grace!” – Rainbow Rowell

“Another fall, another turned page: there was something of jubilee in that annual autumnal beginning as if last year’s mistakes had been wiped clean by summer” – Wallace Stegner

“The heart of autumn must have broken here, and poured its treasure upon the leaves.”- Charlotte Bates

“There is something incredibly nostalgic and significant about the annual cascade of autumn leaves.” – Joe L. Wheeler

“If a year was tucked inside of a clock, then autumn would be the magic hour.”- Victoria Erickson

“It was a beautiful bright autumn day, with air like cider and a sky so blue you could drown in it.” – Diana Gabaldon

“Autumn is the season to find contentment at home by paying attention to what we already have.”- Unknown

“I loved autumn, the one season of the year that God seemed to have put there just for the beauty of it.” – Lee Maynard

“And the sun took a step back, the leaves lulled themselves to sleep and autumn was awakened.”- Raquel Franco

“I like spring, but it is too young. I like summer, but it is too proud. So I like best of all autumn, because its leaves are a little yellow, its tone mellower, its colours richer, and it is tinged a little with sorrow and a premonition of death. Its golden richness speaks not of the innocence of spring, nor of the power of summer, but of the mellowness and kindly wisdom of approaching age.” – Lin Yutang

“Two sounds of autumn are unmistakable…the hurrying rustle of crisp leaves blown along the street…by a gusty wind, and the gabble of a flock of migrating geese.”- Hal Borland

“When you fall in love with a work of art, you’d die to meet the artist. I am a student of the galleries of Pacific sunsets, full moon rises on the ocean, the clouds from an airplane, autumn forests in Raleigh, first fallen snows. And I’m dying to meet the artist.” – Yasmin Mogahed

“I can smell autumn dancing in the breeze. The sweet chill of pumpkin, and crisp sunburnt leaves.”- Ann Drake

“Autumn is the mellower season, and what we lose in flowers we more than gain in fruits.” – Samuel Butler

“No spring nor summer beauty hath such grace as I have seen in one autumnal face.”- John Donne

“October Country…That country where the hills are fog and the rivers are mist; where noons go quickly, dusks and twilights linger, and mid-nights stay.” ­– Ray Bradbury

“Everyone must take time to sit and watch the leaves turn.”- Elizabeth Lawrence

“Autumn that year painted the countryside in vivid shades of scarlet, saffron, and russet, and the days were clear and crisp under the harvest skies.” – Sharon Kay Penman

“And all at once, summer collapsed into fall.”- Oscar Wilde

“Delicious autumn! My very soul is wedded to it, and if I were a bird I would fly about the Earth seeking the successive autumns.”- George Eliot

“How beautifully leaves grow old! How full of light and color are their last days!” – John Burroughs

“I loved autumn, the season of the year that God seemed to have put there just for the beauty of it.”- Lee Maynard

“My favorite color is October.” – Unknown

“A fallen leaf is nothing more than a summer’s wave goodbye.”- Unknown

25+ Hairstyles to do with Short Hair

How To Throw A Pandemic-Friendly Birthday Party For Your Child

30+ Hairstyles With Short Hair For School

A Beginner’s Guide to Using a Chemex Coffee Maker