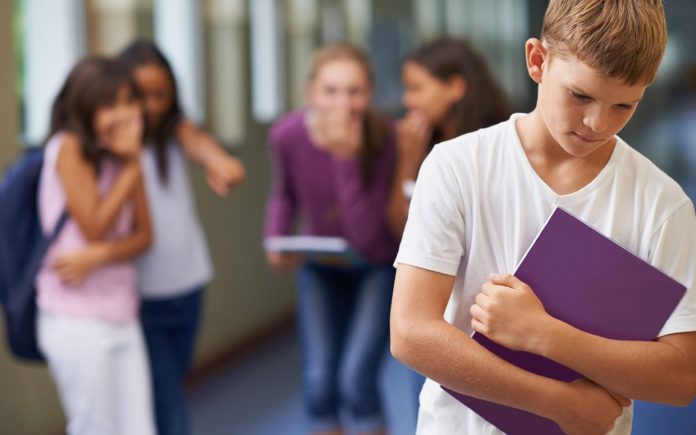 Bullying has been a disease in our younger generations. Many teenagers have taken their lives for the reason of being bullied. Though it may not hurt physically, it destroys you from the inside out. It crushes your spirit, stomps on your confidence, and makes you think less of yourself.

How do you know if your child is being bullied? Usually, the ones being bullied become silent, recluse and self-conscious. They become a lot more sensitive to things said around them and tend to take criticism rather sullenly.

Ultimately, the question most parents would ask is, “What do I do if my child is being bullied?”. From a first experience, none of us would know what to do exactly. So, we’ve gathered expert opinions to help our children through when they’re being bullied.

“Being bullied can have traumatic consequences for a child, leading to poor school performance, low self-esteem, anxiety, and even depression,” says Parents advisor David Fassler, M.D., clinical professor of psychiatry at the University of Vermont, in Burlington.

Most of the time, kids who are being bullied will not automatically open up about it. You would see signs like they don’t want to go to school or hear from teachers they’ve been skipping.

When the time does come that they open up to you, be open minded. It is understandable that you would have tons of questions to ask such as, “What did you do to get bullied?”. Leave the questions for later, just let them air their frustrations out. As much as possible do not tell them what you feel until they finish talking. There’s no need to add fuel to the fire by showing off your anger or disappointment.

Remember: in a situation like this, it’s better to act than react.

It’s only natural for parents to immediately go gung-ho when our kids are picked on. And, that’s totally fine. The make or break is where we channel the anger we feel. Do not take it out on your kids. In what way do you ask?

For example, in the heat of the moment you might ask them, “Why didn’t you say anything right away?” or “Why didn’t you stand up for yourself?”. These question will just make your kids recluse back to their shell. The next time they’re being bullied, they won’t tell you anymore.

Guide them instead of directing them what to do. Depending on the severity, this might be one of the battles your kid needs to overcome on his own. So, it would be best if you don’t direct them what to do but instead guide them.

Rather than telling them to do this, ask them what they think would happen if they did that instead. Don’t win his battles for him. As much as they don’t want to admit, it will still hurt their independence and pride.

3Talk to Your Child’s Teachers

Once you have been made aware of the situation and maybe the tip of the iceberg of it’s severity, it would be wise to talk to the teachers. Find out if they are aware of the bullying. If not, have them assist you in observing your child.

Most teachers go through seminars to help the handle bullying around the school and they would be your first allies.

Include the principal and guidance counselor if you notice more change in your child’s behavior such as inappetance, sullenness or any life-threatening signs especially if the bullying becomes physical.

Every parent has different parenting styles. And it’s still the same when it comes to bullying. Experts have a different say regarding the matter which may be contradicting to what you’re used to. For instacnce, some experts say it’s not good to tell kids being bullied to just fight back. Some would say kids need to do so to build confidence and courage. What do you do then?

You don’t tell them what to do. You empower them and their beliefs. Of course, you don’t want to teach your kid an eye for an eye. There’s a big difference between cowardice and choosing to be the better person.

Ask them questions that would give them the answer – questions like, “How do you think you can handle it the next time?” or “What would happen if you call him names, too?”. Then you proceed to telling them it’s okay to fight for themselves after giving the other party fair warning that enough is enough.

Empower them to be the better person by turning the other cheek. But at the same time, let them know if you’re okay with them defending themselves if they’re warning isn’t being heeded. If you’re totally opposed to your kid fighting back, teach him to seek help from teachers or adults.

One thing is important, if they’re being called names, counter those lies with affirmation. Every parent has different views on being bullied. What’s important is that you let your kids know what you’re okay with. If you’re unsure, consult other parents who have experienced the situation.

5Talk to the Offender’s Parents

Reminder: when you talk to the parents, do not be accusatory. Otherwise, you’re just going to hit another wall. Be genuinely interested in the welfare of their kid as well and do not put any judgment until you’re able to sit down and talk.

As much as we don’t want to admit, bullying goes beyond school. It reaches the corporate world and does not exempt any age range. Sad to say, bullying among parents also exist. Though it may not be as obvious as bullying in school, it is still very evident.

For example, a working mom with a stay at home husband gets a lot of heat. Other moms question the working moms ability to keep a home while feeling sorry for the stay at home dad’s wounded pride. Then comes a school event where PTA moms bring out all their guns and ask the working mom if she can manage to contribute some food even if it’s store bought. You’ve seen those scenes in movies and I tell you, they’re for real.

If you don’t want your kids to become bullies or get bullied, be a good example. Act the way you think a person being bullied should act or how you think the better person would act when stuck in a heated confrontation.

Show your kids how you’d want them to act when they’re being bullied. Likewise, don’t bully people if you don’t want to raise bullies.

There are plenty of ways your child can stand up to a bully. It’s all about response. Teaching him to respond in a strong firm voice can make all the difference. For instance, there’s a bully in the day care. Rehearse responses with your child saying something like, “I will not play with you anymore if you’re mean.” or “Stop bothering me!”.

“The key is that a comeback shouldn’t be a put-down, because that aggravates a bully,” says Dr. Borba.

If you see them do stand up for themselves, praise them. Tell them how proud you are and that they did a great job. Or, if you see another child stand up to her bully, point that out to your kid so he can follow the approach.

If your child shows that she can’t be bothered, a bully will usually move on. – Parents.com

Being bullied is never fun. I’ve gone through years of bullying when I was in school because of my parents’ divorce and my weight. I almost hated myself until I learned how to stand up for myself. I learned how to fight back with witty comebacks and ocassionally, with my fists. And, guess what? The heckling stopped. Kids understood I wasn’t taking any more crap from them.

Now, I’m not saying you need to teach your kids how to physically fight. My point is, if you teach them how to difuse a situation like that early on, they wouldn’t have to use physical force to make others stop.

As I have said, parents have different way of looking at and handling situations like this. Personally, I would totally teach my kids how to stick up for themselves when their warnings are totally ignored. I would teach them to backdown enough not be called hot heads and fight back when the situation calls for it.

It’s never pleasant, but something has to be done.